St. Tammany Parish, Louisiana – April 7, 2016—Mr. Ravi Shah of Regan Law P.L.C. secured a major victory in St Tammany Parish yesterday with the acquittal of his client, Mr. B. Porche, who was charged with three counts of being a felon in possession of a firearm.

Mr. Porche was arrested on June 24, 2015 at his girlfriend’s apartment in St. Tammany Parish after police responded to a Crime Stoppers tip regarding the use of marijuana inside the apartment. Upon arrival, St. Tammany Parish police, illegally and without consent of the tenant, proceeded to search her residence location three firearms along with other potential contraband.  The search was up held from trial court up to the Louisiana Supreme Court, at which time Mr. Porche elected to go to trial.

While at trial, three St. Tammany Parish sheriffs testified that Mr. Porche admitted his ownership of the weapons. Their testimony also tried to establish that he was living at his girlfriend’s apartment.

After less than two hours of deliberation, the St. Tammany Parish jury unanimously found Mr. Porche not guilty of all three counts.  Had he been charged and convicted as a habitual offender, Mr. Porche would have faced a mandatory life sentence. 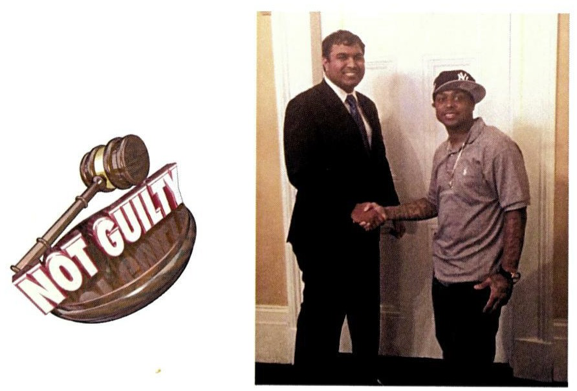