Upon graduation Ms. Yazbeck began her practice with her father Stephen Yazbeck, Esq. primarily in the field of criminal law. Later, Ms. Yazbeck worked for the Law Office of James A. Williams, handling many criminal trials. In 2009, Ms. Yazbeck created her own firm and had a successful practice for the last decade.

Throughout her career, Ms. Yazbeck has developed a reputation as a fierce critic of social and legal injustice. This drive has compelled her to accept numerous difficult criminal cases with many resulting in acquittals, dismissals or exceptional plea bargains. Through hard work and dedication, Ms. Yazbeck developed a reputation for honesty, aggressiveness and fairness.

Ms. Yazbeck is a founding partner in Shah, Yazbeck, and Almerico, LLP.  Ms. Yazbeck is an experienced trial attorney, who takes client cases seriously and handles them with professional efficiency. She understands that you rely on her knowledge and expertise in dealing with your criminal or personal injury matter and will make sure your questions are answered while keeping you fully informed every step of the way.

Ms. Yazbeck is admitted to practice in all in al Louisiana State Courts and in Federal Court in the Eastern District of Louisiana.

Ms. Yazbeck is an active member in the following professional associations: 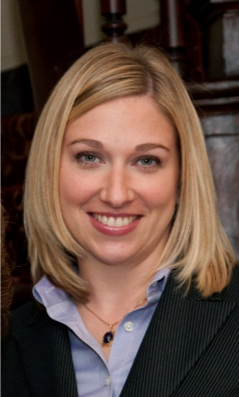 Vast experience in numerous criminal trials with many notable victories such as: