On Tuesday, August 21, 2018, the State of Louisiana agreed to allow Mr. Warren to plead guilty to a reduced charge of misdemeanor aggravated assault. Mr. Warren was arrested following an investigation into multiple shooters firing pistols on Howard St. in Franklinton on March 26, 2017. Mr. Warren was question into multiple shooters to the hospital with a gunshot wound. Following the questioning of the other shooters, and based off a purported polygraph test administer to Mr. Warren, he was arrested and initial charged with attempted murder.

After bonding out, Mr. Warren quickly retained defense attorney, Ravi Shah to represent him. Mr. Shah was able to secure witness statements and other evidence challenging the police narrative as to who was the aggressor in the altercation.  Mr. Shah also secured a former FBI polygrapher to review the polygraph test given to Mr. Warren who concluded four major errors were present in the exam.

Mr. Warren was sentenced to 6 months probation and a fine. If he successfully completes his probationary program, he is eligible to have his record expunged. 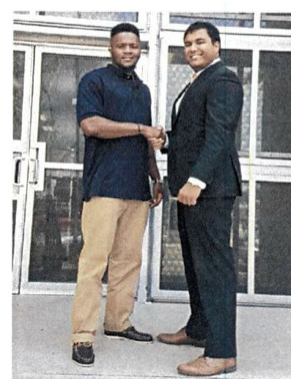